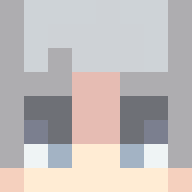 Staff
Minecraft IGN: Pitologies
Dark Follower Staff Phoenix Raven Arena Squire
#1
Hi, I made up my mind to write this post as it became impossible for me to duel using a setup I like (jinx master)...
By now all duelists are Charms master, due to (in my opinion) the complete difference from other classes, I just want to highlight what I mean by saying that charms master has a lot more jinx damage than jinx master (1200-1500), aside from the fact that it almost has double of charms damage (1000-1700) + curse damage (700-1400).
A point in favor of the jinx master, it has always been the very little cooldown of the spells, but still balanced by the lower damage compared to the other classes, honestly I found it senseless to remove damage from the class, while the one and only problem was the charms master.

My suggestion would be to restore the damage of the jinx master to how it was originally, and reduce the general damage of the charms master and make the jinx, charms and curse damage remain as they are, im saying this because I found myself in numerous duels where 4 spells were enough to defeat the opponent.

The same goes for the alchemist class, which went from a total of 1600 jinx and 1300 curse damage to 1150 jinx and 1100 curse, and moving all the defense on the jinx to charms,
My suggestion for this class is not to increase the jinx damage as it was before, but enough to have a good gap between curse and jinx damage, it would be even better in my opinion to divide some charms defense between charms and jinx defense.

Also, testing the changes for success with respect to balance would also be better.

#2
F for transfiguration
I think it would be sufficient to increase the damage of the jinx a little. Minecraft IGN: _Navyy
Auralock Griffin Phoenix Vampire Werewolf
#3
The damage on charm master is ridiculous, not just for the charms but for the jinxes as well. I mostly use jinx spells but I sometimes use this class (which shouldn't make sense) because the jinx damage itself is so high, even higher than some jinx classes. I don't know if there's a way to track how many people use certain class, but I think that could help with balancing out. If everyone is using the same class, something clearly isn't right, and that's what we are dealing with rn. I think that all of the other classes deserve a buff, not just the jinx ones OR just nerf the charm one. Also another thing I noticed is that healing is totally nerfed which is ridiculous imo, most classes have around 200 healing which makes the healing useless.

Thank you so much for taking the time and effort to write this suggestion! We really appreciate the detail you put into this post. Unfortunately, we are no longer taking feedback on loadouts as we are switching to the talents system. We encourage you to bring up any feedback you have when talents release as well. Thank you again and have a marvelous day!!
You must log in or register to reply here.
Share: Facebook Twitter Tumblr Link