Assistant to Head of GD

Over the past few weeks, we have been slowly adding improvements & patches into the game! This announcement will go over everything that was changed.

We have changed the cost for resetting spell trees from 50 Academic Credits to 100 Gold. We hope you enjoy easily testing different builds for your spell trees now!

Scarlett/Help NPCs/Other
We have made slight changes and improvements to how Scarlett works! Scarlett now has white particles, with a 'Help' tag underneath her name! Scarlett will now give you an explanation on how to get to specific locations on Hogsworth Grounds! She will no longer simply teleport you to locations.

You will also now see some Student NPCs around Hogsworth with the same white particles and 'Help' tag that will give you dialog that lets you know if you're near one of the key locations in Hogsworth. These NPCs will help you figure out if you're on the right path to a location!

The Voting Shop NPC has also been moved to the Trophy room, so it's easier to find. 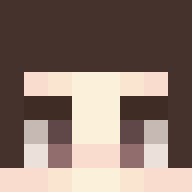 Minecraft IGN: 1psaonly
Dark Follower Serpent
#3
omg thank you for this update!!! i can tell every time a gameplay patch is release that the staff really cares about the players in the potterworld community!!! thank you so much for this!!! i love the potterworld staff, and i love potterworld especially!!

Staff
Minecraft IGN: Edwin_Barrett
Aurorlock Dark Follower Staff Phoenix Serpent Vampire Werewolf S.P.E.W Seer
#4
Really like the Scarlett update. It lets new players learn the map instead of just warping everywhere! I know quite a few in global were complaining about the new Scarlett but nah, I really like it better now. 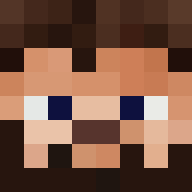 Minecraft IGN: Psycho
Phoenix Raven Werewolf
#6
xAutumnn said:
Scarlett/Help NPCs/Other
We have made slight changes and improvements to how Scarlett works! Scarlett now has white particles, with a 'Help' tag underneath her name! Scarlett will now give you an explanation on how to get to specific locations on Hogsworth Grounds! She will no longer simply teleport you to locations.
Click to expand...
This isn't an improvement... I think it would make players a bit confused due to the long-winded, block of text in most of the descriptions. The player would either have to screenshot what's in the description or write it down, but no one has time for that. Why did you guys decide to downgrade Scarlett? Encourage exploration? They can do that after they finish the quests that they want to finish.

Some of the descriptions mention the Grand Staircase and I have noticed before that some players would ask "Where is the Grand Staircase?" The staircase itself isn't labeled or has a sign when you're walking toward it from the Great Hall. Maybe add a sign somewhere around there.

Why not add both the teleport and descriptions to Scarlett so players aren't forced to explore the school which is 95% filled with corridors anyway. 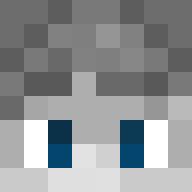 Minecraft IGN: _Navyy
Aurorlock Griffin Phoenix
#7
I feel like only a big change can fix the Travel issue. One NPC and one new warp seems like a lazy and not creative way of making people think that the travel system is being improved, while in reality those changes are so small that they make almost no difference. Recently, potterworld gained a lot of new players who dont know how travel used to work but to all of us that are here for a longer period of time, travel change seems so unnecessary and it ruined the overall experience for many of us. Ive talked about this problem many times, Ive gotten the support from other players, many other people are complaining about it everyday in chat, new players are confused and Im sure many of them left because they didnt know what to do and where to go... I made polls, suggestions, comments.. Ive talked to staff in game who couldnt explain the reasons of changing the travel system. But still, no big changes are made. So Im asking, what does it take to change this? I would really like to talk to the person who came with the idea of changing the travel system so I can atleast understand the reasons behind it.
You must log in or register to reply here.
Share: Facebook Twitter Tumblr Link