​
Hey! Today the Game Design Team brings you a very exciting gameplay update for magic, combat, and more! Talents are back, and we can’t wait for those of you who weren’t able to play test last month to try out this new update. This post will go over everything that has changed. We hope you guys enjoy!

Why are we bringing back Talents?
We have decided to bring back talents, as a result of a poll in the discord a few months back. In this poll we learned that while players enjoy being able to customize their character, some of our older system designs actually limited our players with the variety of spells they can use. The re-introduction of Talents hopes to keep customizability, without overwhelming and restricting player’s options. Due to this, Spell trees and loadouts have been removed at this time.

What are Talents?
Talents are what make you different from any other witch or wizard, giving you the possibility to improve your spells in a way and combination that suits your combat abilities. There are three different categories of talents: Duelist, Transfigurer, and Mediwizard. These categories have up to 5 tiers of talents you can select from that are geared towards that category's specific combat style.

In PVP scenarios, including Challenges, Classes, and Dueling Halls will now give everyone the same stats with the ability to create your own unique Talent setup.

In PVE, everyone will still have their gear stats.

Talents can be accessed by doing /me --> and clicking the Talents Icon (it's in the place Spell Trees was).

Magic
With the re-introduction of Talents, there was bound to be some Magic balancing. The Systems Team and the Player Testers tested Magic very carefully, and we hope the results create a combat system that allows everyone to use a variety of spells.

Because Spell Trees have been removed, we have had to change the ‘base value’ of all of the combat-related spells to fit into the new Talent system accordingly. You may notice that some of the spells that you didn’t use prior to this update are stronger, despite not having any spell point mechanics; and then the spells that you had all 3 points in, may be a little weaker. We gave all spells an average balancing value, so that there isn’t the overuse of only a few spells like we had before.

Unfortunately we will not be listing every single balancing change that we made during testing, as there is simply too much to track and list.

Gear
As some of you may know, Talents bring in a lot of extra stats on top of gear. During testing, we felt that the balancing of Talents & Gear stats combined was extremely OP. We have gone through and made pretty significant changes to the amount of stats that you can get from gear max. The stats that have been adjusted from this change include: Cast Time, Radius, Range, Debuff Duration, and Knockback.

We have also gone through some of the Healing Gear Hands and nerfed the values, due to healing being overpowered during testing.

We hope that these gear changes will be great the first time around, but we will keep an eye on player feedback after release, and may make changes.

Gauntlet Bosses
We have received some player feedback on the forums about some of the bosses in the Revenant taking too long to kill. We have made some health adjustments to hopefully address those concerns a little bit. We may make more balancing changes after release. 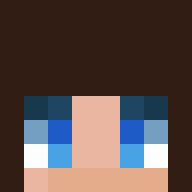