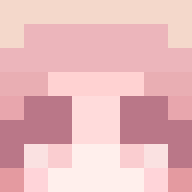 Minecraft IGN: luckiestblock
Honeybadger
#2
Personally I don't believe this is necessary. Pw staff has limited resources and time, it just doesn't seem efficient to direct resources to replicate something that is perfectly fine on other servers.

Minecraft IGN: MattyPoltergeist
Serpent Werewolf
#3
I feel like if they did this a really cool way would be you have to destroy a horcrux instead of bed, I dont have any opinion on the actual game but that wud be the best way to do it

Minecraft IGN: xAllxn_
Honeybadger Aurorlock Dark Follower Phoenix Vampire Werewolf Performer S.P.E.W
#4
I think that this would be a really nice minigame on the server to play but I do know that it probably won't come anytime soon because minigames aren't the developer's top priority.

I will bring this to light to the Poltergeist team immediately and gain feedback in order to give you a response as soon as possible. Thank you again, and take care!

Minecraft IGN: iSpitLikeALlama
Aurorlock Griffin Werewolf
#6
Haha good minigame! This should be accepted! When is it coming out??

Staff
Minecraft IGN: Maxymoos
Staff Griffin Phoenix Jr. Prefect High Seer
#7
I love the idea! The only thing that I'm worried is about are the numbers; currently, lots of people don't play Potterworld minigames in large groups consistently, so would it be worth it to add this? I feel like Bed Wars is only fun when you get together with a team, and compete against other teams (more the better), so I'm not sure if the activity is good enough to pull this off. Just some input!

Minecraft IGN: iSpitLikeALlama
Aurorlock Griffin Werewolf
#8
On another server, there is a 4v4 mode of bedwars which only requires 8 people, the same as Quabbleball. There could also be 2v2v2v2, or 3v3v3. I think there would be enough players.

Minecraft IGN: MattyPoltergeist
Serpent Werewolf
#9
llamaforpres said:
On another server, there is a 4v4 mode of bedwars which only requires 8 people, the same as Quabbleball. There could also be 2v2v2v2, or 3v3v3. I think there would be enough players.
Click to expand...
Ye I feel like if they did Bed Wars it shud only be 1 minigame if its put in /games as to not make everything messy and overcrowded, in that case I think 4v4 wud be the best idea as most people dont like duos because theyre GOD AWFUL AT THE GAME and also there shouldnt be more than 1 of any game due to playerbase as Max said which already threatens the game existing at all

Minecraft IGN: iSpitLikeALlama
Aurorlock Griffin Werewolf
#10
Yes, so true. If it was smaller teams it would just be tragic. Also, have to keep in mind it's magic, so server would have to be able to handle it.

I brought your idea up to the team and unfortunately, we will be declining this suggestion at this time. After much consideration, the team concluded that at the beginning of the year, we held a poll on what minigames players would be most interested in seeing implemented. Unfortunately, this idea ended up second to last. This is not an impossibility for the future, but it is not a high priority for us right now. We want to focus on adding minigames that interest the majority of the players, and according to the poll, this is not one of them. However, we may come back to this idea in the future after we have implemented/created other minigames first.