Over the past few months we have been working on some new gear and magic changes. We are now ready to release these changes to all of you! This post will go over all of the changes that have been implemented.

All gear stats will be relative to their level and rarity via a calculated formula.​
​
Gear will no longer have any negative effects. We felt that the negative stats weren’t needed and made gear unnecessarily complicated.​
​
Gear no longer has durability and will not be bound to you. This means you can sell your gear to other players through /trade or /shop.​
​
Gear will no longer have to be crafted. Random level range recipes will be given, and upon clicking them will directly give the ready to use gear piece, rather than a gear piece recipe that needs to be crafted. Any materials previously used for gear crafting can be traded into the Shady Dealer for other game components. Any old gear recipes should be updated into the gear piece upon scrolling over it.​
​
Certain stats are now limited to specific gear pieces. Each gear piece will have a specific type-stat, meaning each gear type (head, body, leggings, boots, hand, trinket) will have guaranteed stat types that are always present in their gear pieces, and may or may not be present in other gear type pieces. This will make gear pieces more in line with their main purpose.​
​
Type Damage and Healing stats will now only be seen on hand and trinket gear pieces. The Health, Health Regen, and Type Defense stats will now only appear on helmet, body, leggings, and boot gear pieces.​
​
Type Damage is now quantified numerically, rather than by percentage.​
​
We have entirely removed some stats that we felt were useless/redundant from gear. These stats include: % Health Regen, % Damage, % Gravity, % Healing, % Type Damages, and Type Weaknesses.​
​
We have nerfed cooldown reduction across the board, as well as range and radius.​
​
We have nerfed the damage amount and brought up the healing amount to be more consistent to the level and gear piece rarity.​
​
With these gear changes, we have tried to keep individual gear pieces as similar to their originals as possible (eg. jinx pieces will continue being good for jinx builds, etc.). However, there will definitely be some fluctuations with what a gear piece is good for, compared to what it is now.​
​
Since you won’t need to craft gear anymore, the tailor is happy to announce his goal on becoming a world-wide tailor. The Shady Dealer, mentioned above for converting old materials into game components, will now appear across the world. The Vendor has been temporarily disabled just so we can work out some new numbers. This won’t be for long though!​
​
With the removal of bound gear, gear is now tradeable through /trade and sellable through /shop. A new category has been added to the marketplace as well that contains all these items.​
​
The discord bot has been updated to reflect these changes. We have also added a new feature for !gear item that will allow you to see a “Did you mean” option if you misspelled the piece.​
Broom Changes

Brooms will now be crafted with ‘broom components’ and the broom recipe. To craft a specific broom, you will require ‘footholds’ (movement control), ‘handlewraps’ (thrust), ‘bristles’ (braking), and ‘handle’ (speed). You can obtain these broom components around the world randomly via hidden chests and through defeating mobs level 31 or above.​
​
There are 5 different levels of broom components, each spanning 10 player levels, and each level of broom components has 1 of each foothold, binding, engraving and handle. For example, the elm handle, bronze foothold, silk handlewraps and rope bristles are all obtainable from mobs levelled 31 - 40.​
​
You still need to craft the previous level of broom in order to craft the next broom. If you want the Thunderflash broom, for example, you’ll still need to craft the Scarlet Nebulas.​
​
You can craft your broom at the Broom Vendor as always!​
Quest Changes

Spectulem has a headshot mechanic, and now has a ‘machine-gun’ projectile, as opposed to a random barrage of arrows.​
​
Added a headshot mechanic to Anti-Apparate, which will deal more damage upon hitting a targets head.​
​
Added a headshot mechanic to Aviforma, which will deal more damage upon hitting a targets head, as well as sped up the projectile velocity.​
​
Slightly increased the delay between ticks for Baulectrius.​
​
Antioculus now deals a small amount of damage, and has damage scale increments of 0.1/0.7/0.8/0.9 on the Spell Tree. This spell also now has a headshot mechanic.​
​
Slightly nerfed the base damage of Expulsio.​
​
Flamonstrum now puts resolvus on cooldown during cast time​
​
Slightly increased the cast time to self-heal Epifio.​
​
Leviocorpum is now a foot-shot AOE that does damage, then levitates the target.​
​
Ventimus now puts the caster’s spells on cooldown for 2s.​
​
Venenox now has a cast time.​
​
The AOE functionality for Incarcerum has been removed, and instead has a larger hitbox (similar to Epifio). The mana cost has also been increased to 35.​
​
The Transfiguration Spell Tree has been given a new look to hopefully balance things out better.​
​
All mobs from levels 30 and under have been nerfed to better suit the level range.​
​
Mob drop rates have now been significantly increased.​
We hope you all enjoy these changes!

Minecraft IGN: Edwin_Barrett
Aurorlock Dark Follower Phoenix Serpent Vampire Werewolf S.P.E.W
Amazing work to all of the staff that worked on the update!

Minecraft IGN: luckiestblock
Honeybadger
These changes sound really good! At the time of writing this maintenance is still going on and I have yet to see them in practice but from what it sounds like these changes are really positive and are mainly stuff that players have been complaining about for some time, I am glad to see staff is listening.

Minecraft IGN: Honey_Dwarf1
Phoenix Serpent
Very happy for the tailor and I wish him all the best in his endeavours

Minecraft IGN: spaghettisliert3
Raven
So cool! Thanks to everyone involved for making this update a reality 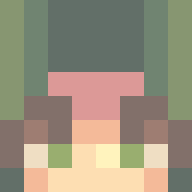 Minecraft IGN: Glossycats
Raven
So happy that the crew spent ages on this! Was there for a lot of the maintenance and- it was pretty fun meeting new people! Congrats to all of you that took the time out of their day to work on such an amazing update!

Minecraft IGN: Lofwyn
Aurorlock Dark Follower Phoenix Raven S.P.E.W
Bravo for the ones those who made this possible 👏🏻