Welcome to the Academics weekly assignment for the week of June 19th, 2022! These weekly assignments will give our Professors the ability to showcase some of their lesson ideas here on the website. Each assignment will be posted for a week, in which everyone will be able to read about the topic and respond to the assignment prompt. This week's assignment is "Unmagical Studies - Snow Cones" created by Jenn (cqvetown).
Continue…

We would like to update you all on a change we are making within our Game Design Department on staff. We are shifting teams around internally to help us focus on better and more evergreen (meaning it won’t go away) content moving forward. As always, we try to evaluate where we are investing our efforts and the engagement from the community. At this time, we will be shifting and merging some teams to help us double our efforts in other areas.

So what does this mean for what to expect on the community end? Community Engagements are currently being discontinued as a form of content. We will be holding our last Community Engagement event at the end of June 2022. We have included an exclusive “closing reward” for those who have obtained all the collectables from the Community Engagement events over this year! The Arena team will continue to create tournaments and challenges as they always have so there will be no change on the community front. Systems will continue their work but under the main umbrella of the Game Design content creation team. Events will still be created just as normal, but with a bigger team. World content will still be created but also pulled from a larger team.

We have made the difficult decision to disband the Potterwatch team as it currently is. Performers are unfortunately being let go, BUT our Directors will be moving into the WizNetworker team where they will still make videos, now as Video WizNetworkers. The setup of the team will be similar to Arithmancers where we have sub-teams within the team that focus on different things.

With this change, we'll also be shifting our focus onto only update/teaser videos for our YouTube channel and Instagram Reels relating to anything PW (we may look into TikTok in the future, but we're starting with reels first). These changes are being made as we've noticed that videos & streams on our YouTube channel (aside from updates/teasers) are not as popular, despite taking a lot of time/effort to record and edit.

Having had the Potterwatch team around for 7 years now, we've seen the team's ups and downs firsthand. It hurts to disband a team that means so much to us, but it is ultimately what we believe to be necessary. With this change, the Media & Public Relations department can work better as a unified team to create content.

Potterwatch will always hold a place in our hearts and remains an important part of Potterworld's history. We'd like to thank the many people who have been a part of this team in the last 7 years as Directors & Performers. A big thank you also goes out to those who were most recently on Potterwatch.

Pride festivities are in full swing, so we want to help you look amazing while celebrating! So, we're hosting a giveaway on our forums for the chance to win either the Rainbow Flower Crown, the Rainbow Wand Effects, OR the Love Emote Pack. To enter and celebrate self-love this Pride month, all you have to do is write about your favorite trait about yourself!

Here are the guidelines for entering:
- You must follow the prompt and it should be at least one sentence long.
- You must state your in-game name in your entry.
- You may only enter once for the entire giveaway.
- All submissions should follow all Potterworld rules (keep it appropriate).

To enter just reply to this post with your statement and add your in-game name.

The entry period will close on June 23rd, and the winner will be announced no later than June 25th. Good luck to all of those who enter!
Continue…

Welcome to the Academics weekly assignment for the week of June 12th, 2022! These weekly assignments will give our Professors the ability to showcase some of their lesson ideas here on the website. Each assignment will be posted for a week, in which everyone will be able to read about the topic and respond to the assignment prompt. This week's assignment is "Philosophy - Chronos and Kairos" created by Elizabeth (ElizabethTheToad).
Continue…

A small update for you all, we have added an informational menu at the beginning of the Warp Key Bag in order to help first-time users understand how to use it! For our veteran users there is an option to toggle off the information to continue normal function! Thank you all! 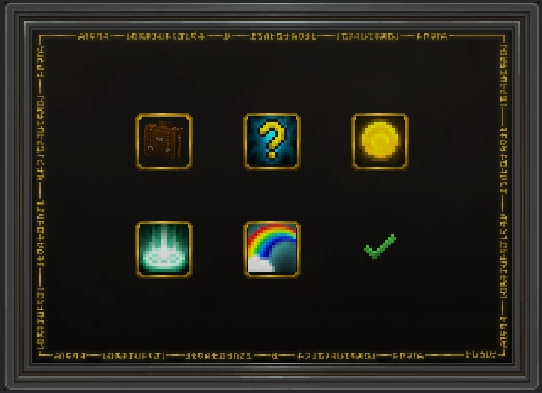 The judging periods for the 8th Anniversary Skin and Writing Competitions have been concluded. There were so many wonderful submissions, it was hard to choose only 4 to be our winners! Thank you to everyone who entered the competition and showed off their skills!

Now, onto the winners!

Potterworld’s past, present and future. A little seedling that once was put in the ground by a kind man. One who took on gardening as a side hobby, but never really thought his little seedling would grow this tall.

It was looked at with concern and mystery. What would this silly little seed bring to this world? It took a lot of learning how to tend to greenery, but it did not go to waste. Others supported the little seedling, cheered it on and watched it sprout its first leaves above ground.

The little leaf brought us many lessons as it has fallen and grown time again, and again. It wasn’t easy, but it shaped us into who we are today.

Our present brings us the unknown, the excitement, the ‘what comes next?’. Many impatient faces who are longing to see more, to be here longer, to watch the leaf grow. So it did. The shy leaf grew into a flower, colours dancing wild and free.