Instagram - Twitter - Facebook - YouTube - Daily Diviner​
Created in October of 2020, the WizNewsletter serves as a way for students and staff to recap on the month's updates. Social Media Publishers spend countless hours researching, writing, editing, and implementing each section so that the happenings of the wizarding world do not go unnoticed. Let’s get into the news from the past month!​
TABLE OF CONTENTS
​

New Head of Systems​
We're thrilled to congratulate Hunter (Abstract_Magi) on becoming the new Head of Systems! He's been working behind the scenes on many of Potterworld's achievements, so we believe he'll do great in his new position. The Systems Curse Breakers work on the mobs, magic, leveling, gear, and much more to provide the gameplay you love! We're excited to see how Hunter will carry this team into future events.​
​
December Seasonal & Holiday Store Releases​
This holiday season, the Store Managers released new store items and brought back some old ones as well. Among these were the Holiday Reindeer Antlers, Mistletoe Crown, and Pet Reindeer. We were glad to be able to enjoy these items this winter.​
​
As an extra seasonal gift, our Store Managers treated us to a few more store releases. These cosmetics include; 2 new broom mounts, new wand particles, a new pet, and the first-ever warp key cosmetic! Multiple of these items from the Holiday release will be available on our store year-round, so be sure to check them out!​
​

New Server Hub​
Early this month the Dev team announced the release of a new hub design. They noticed that new players often became confused with such a large hub, getting lost as a consequence of exploring. They also found that decorating the hub for holiday seasons became time-consuming. For these reasons, our hub has received an upgrade! Although smaller, we'd recommend checking it out!​
​
GAMEPLAY UPDATES

The Winter Waltz at Mahounoshiro​
To celebrate this year's annual Winter Waltz, Headmistress Yamamoto has invited the Hogsworth students to the Mahounoshiro School of Magic in Japan. At the school, you can complete quests, daily activities, and mini-games in order to earn Snowflakes. These Snowflakes can be used to purchase exclusive rewards, such as the Cherry Blossom Scarf, Holiday Banners, Collectible Cards to put into your Cards Collection Book, and the Mahounoshiro Fan Wand Appearance.​
​
If you would still like to visit the school, you can talk to the Headmistress and take a ride on the Giant Storm Petrel outside of the Great Hall. Make sure to do so before it ends on January 11th, at 12 pm PST.​
​

​
Gameplay Patches & Improvements​
Throughout the month the Unspeakable team has been adding improvements & patches to the game. Such improvements include an increased AC to gold ratio, changes to quests, more Scarlett locations, and more!​
​
On The Trail​
Early this month, a roleplay video was released by the Potterwatch team. The contents show that the Aurorlocks were invited to attend a small meeting where they wished to discuss something. Due to Chief Aurorlock Matt Griffith's tight schedule, his Deputy, Rani Lightwood, went in his place. There, Rani met with Lord of the Phoenixes Joshua Pendragon and Embersage Arabella Pendragon, who offered assistance investigating the Dark Followers in return for any remaining files on the late Shakti. Although hesitant at first, Rani agreed, and now the two allegiances find themselves as allies. What will come next? Keep your eyes open to find out!​
​
Scoreboards​
Towards the middle of December, the Development team once again saw bug fixes and improvements, one of which being the release of scoreboards. Located on the right side of your screen, for the time being, they show your location, your level, and your gold, however, there are plans to further increase the information shown. This new feature, like others, can be toggled via /me - settings. We also saw a change in an essential plugin we used known as essentials. More information on that can be found in the original post.​
​
​
COMMUNITY UPDATES

Dec. Community Engagement​
In December, the Inquisitorial Squad kicked off the month with a live Winter Waltz Community Engagement! At this event students dressed up for the occasion to celebrate the day with music, trivia, dancing, and more! Be sure to keep an eye out for our future CE events.​
New Head of Griffin​
We were very excited to see SysterTM become the newest Head of Griffin. With her house pride and endless bravery, we are certain that she will set a wonderful example for the Griffin house.​
​
Dec. Winter Waltz Tournament Winners​
To end off the year, there were a total of 3 Winter Waltz themed tournaments hosted by our amazing Arena Team. We'd like to congratulate Max_Alzarin for winning the 1v1 Sledding Tournament, Team nlkFcEy.png (Tillsel, Sticktrees, LilFrost, Magma_Alzarin, and Max_Alzarin) for winning the first-ever 5v5 Flying Tournament, and Team Monkeys on Great Value Reduced Fat 2% Milk (37% less fat than whole milk) + Girl (Sticktrees, Tillsel, Expiroces, Max_Alzarin, and Magma_Alzarin) for their victory in the 5v5 Dueling Tournament. This action-packed month was a great way to end off the year! For more information, make sure to check out the announcement on the forums!​
​
​
HIRES & PROMOTIONS 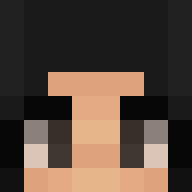 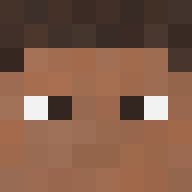